Dealing with Unwanted Information in Speech

Abstract: Besides a message, speech carries information from a number of additional sources, which introduce irrelevant variability (noise).  As discussed in the talk, such noise comes in several distinct forms. Noise with predictable effects can be often suppressed analytically, and we discuss some techniques for doing so. Unpredictable effects of expected noise are typically successfully dealt with by extensive training of a machine using noisy data. Such multi-style training is currently the technique of choice in most practical situations, which is often hard to beat. However, we argue for alternative adaptive multi-stream approaches, which could in principle also deal with noises that are unexpected. Our current efforts in this direction are discussed.

Hynek Hermansky is the Julian S. Smith Professor of the Electrical Engineering and the Director of Centre for Language and Speech Processing at the Johns Hopkins University in Baltimore, Maryland, and a Research Professor at the Brno University of Technology, Czech Republic. His main research interests are in bio-inspired speech processing. He has been working in speech research for over 30 years, previously as a Director of Research at the IDIAP Research Institute, Martigny and a Titular Professor at the Swiss Federal Institute of Technology in Lausanne, Switzerland, a Professor and Director of the Center for Information Processing at OHSU Portland, Oregon, a Senior Member of Research Staff at U S WEST Advanced Technologies in Boulder, Colorado, a Research Engineer at Panasonic Technologies in Santa Barbara, California, a Research Fellow at the University of Tokyo, and an Assistant Professor at the Brno University of Technology, Czech Republic.  He is a Fellow of IEEE, a Fellow of International Speech Communication, and an External Fellow of the International Computer Science Institute in Berkeley, California. He is also the holder of the 2013 International Speech Communication Association Medal for Scientific Achievement, is a Member of The Board of the International Speech Communication Association, and a Member of the Editorial Board of Speech Communication. He was the General Chair of the 2013 ICASSP Workshop on Automatic Speech Recognition and Understanding, a Member of the Organizing Committee at the 2011 ICASSP in Prague, Technical Chair at the 1998 ICASSP in Seattle and an Associate Editor for IEEE Transaction on Speech and Audio. He holds 10 US patents and authored or co-authored over 250 papers in reviewed journals and conference proceedings. Prof. Hermansky holds Dr.Eng. degree from the University of Tokyo, and Dipl. Ing. degree from Brno University of Technology, Czech Republic. 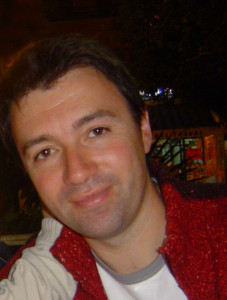 Abstract: One of the key challenges for creating the semantic representation of a text is mapping words found in a natural language text to their meanings. This task, Word Sense Disambiguation (WSD), is confounded by the fact that words have multiple meanings, or senses, dictated by their use in a sentence and the domain. We present an algorithm that employs random walks over the graph structure of knowledge bases, yielding state-of-the-art results for WSD on both general and biomedical texts, as well as in Named-Entity Disambiguation. We also show that the same algorithm can be successfully applied to Word Similarity and to enrich texts with related concepts, yielding improvements in Information Retrieval. Finally, we argue that knowledge-based approaches are complementary to other approaches, like supervised machine learning or unsupervised distributional embeddings.

Eneko Agirre received his PhD (1999) and B.A. (1990) in Computer  Science by the University of the Basque Country, and is Associate  Professor in the Computer Science Faculty there since 2005. He  received his MSc. in Knowledge-Based Systems by Edinburgh University  (1991). He has published over 150 international peer-reviewd articles  and conference papers in Natural Language Processing, mainly in the areas of Lexical Knowledge Acquisition, Word Sense Disambiguation and  Semantic Processing. He has been secretary and president of the ACL  SIGLEX and member of the editorial board of Computational  Linguistics. He is co-founder of the Joint Conference on Lexical and Computational Semantics (*SEM), now in its fifth edition. He is a  usual reviewer for top international journals, a regular area chair  and member of the program committees for top international  conferences. He has lead the local team in several National and European projects. He received a Google Research Award in 2016.